"We rolled out 1200 Chromebooks to classrooms and CACHEBOX means that we haven't needed to increase our bandwidth."
Rodney Leer, Brenham Independent School District, USA "ApplianSys is the only vendor that takes the time to look at our appliances for us, and it really goes a long way."
Mike Caruso, Orland Park Consolidated High School District 230, USA "Our bandwidth problems have been practically eliminated. Monitoring & customization is a snap with the web interface."
Desert Academy, Santa Fe, USA "CACHEBOX does its job without me ever having to think about it - We haven't been having any complaints from teachers for the past 3 years"
Matthew Cornett, Tech Director, Galax City School District, USA "It just works for the purposes we need – a redundant, reliable DHCP service"
Kevin Williams, Director, Whittier Regional Vocational Technical High School, USA

Nueces Canyon is a Consolidated Independent School District in Barksdale & Camp Wood, Texas, USA. It serves over 300 students across an elementary and junior high / high school.

To encourage independent learning, the district has a 1:1 scheme whereby each student is given a Learn Pad.

Students use these to access online educational content specifically selected by teachers. Through closely monitoring each child’s browsing, teachers can ensure that students remain engaged and stimulated by relevant online materials in the classroom.

When Nueces first introduced the 1:1 scheme, however, it became clear that its 40Mbps bandwidth connection couldn’t handle the increase in network traffic.

Moreover, the Learn Pads frequently downloaded large software updates as soon as they become available. This resulted in severe network congestion as duplicate copies of these large files were accessed by hundreds of devices on the network.

Louis knew caching could help ease the strain on bandwidth by storing content locally and serving it much quicker.

The district previously had a content filter with some basic inbuilt caching capability. However, it didn’t offer cacheability for the biggest bandwidth hogs – software updates and large educational content files. When the vendor introduced an additional fee to use the caching feature, Louis decided instead to invest in a dedicated web cache which could deal with the biggest network hogs.

Louis researched caching solutions and found CACHEBOX was ideal.
After a consultation with CACHEBOX Sales Executive Ross Parker, he was pleased with the solution’s schools-focused advantages and affordability.

“Unlike general-purpose caches, CACHEBOX is designed to cater for the most popular school content, including software update files and e-learning videos. Once stored in the cache, this content is delivered at LAN speeds – in turn saving more bandwidth and allowing more capacity for other content,” says Ross.

A CACHEBOX210 was deployed to handle all requests from students’ devices.

Since deployment, the district has seen significant bandwidth savings and student browsing experience has dramatically improved.

Soon after CACHEBOX was plugged into the network, the district was saving between 30-50% of bandwidth on average. During peak times, daily caching performance reports showed up to 98% of Windows updates were served by CACHEBOX. 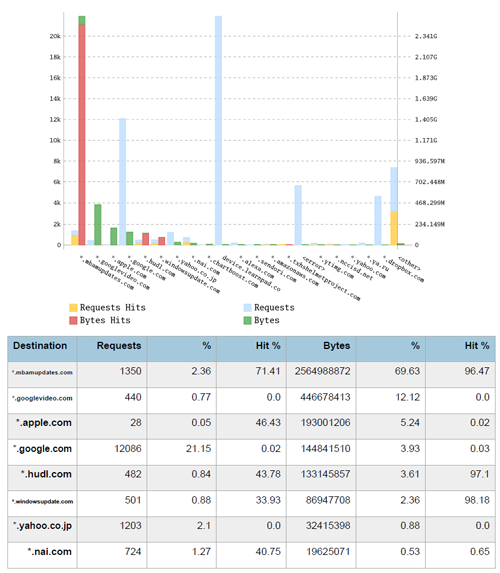 “This box has nearly doubled our available bandwidth. I am seeing a much more responsive internet experience here on our WAN. I would recommend the CACHEBOX to any school – especially schools with a 1 to 1 deployment. It makes redundant internet calls much more efficient,” says Louis

Moreover students get the most out of the 1:1 scheme as Android devices are now useable during lessons.
“CACHEBOX pre-caches large software update files the night before and stores these, ready to be accessed by student devices during the school day. So not only can students use the devices, but CACHEBOX ensures they remain up to date without using up the district’s bandwidth,” says Ross.

“We couldn’t live without CACHEBOX! It saved us bandwidth, the product is rock-solid and the support is phenomenal,” says Louis.